For the development of the “What we talk about (when we talk about cancer)” community site I led a group including a design agency and a web developer through multiple phases of conceptual sketches for IA, wireframing of design and layout, and functional mock-ups and staging server builds.

I managed an aggressive development timeline, which needed to match an upcoming nationwide marketing campaign across the Cancer Center.

A few months after the initial launch we began working on a phase II release, which allowed us to respond to the analytics we were collecting from our initial traffic.

For example, traffic appeared to drop-off somewhat in the early part of each monthly discussion cycle. This indicated to me that the site was perceived as having less content to engage with when only a few perspectives were visible on the homepage. As a result, I re-conceived the site’s overall architecture to work with our developer so we could create a new multi-channel format for the homepage. 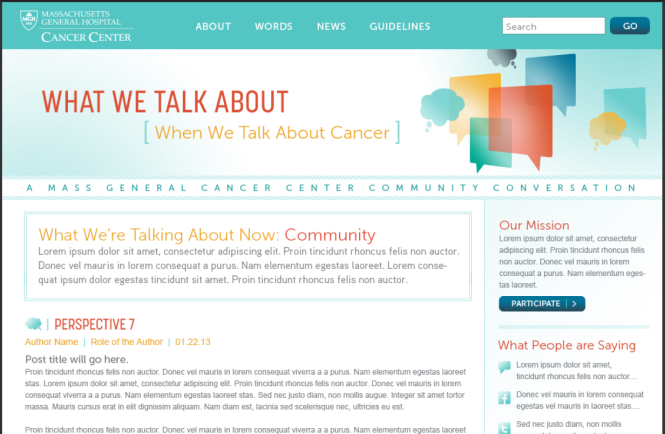 WWTA Phase I in Development 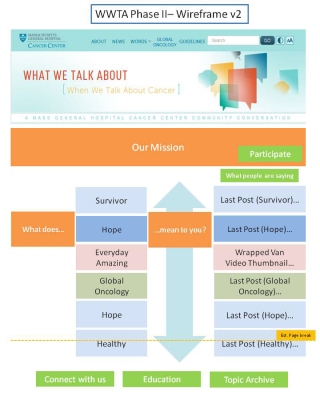 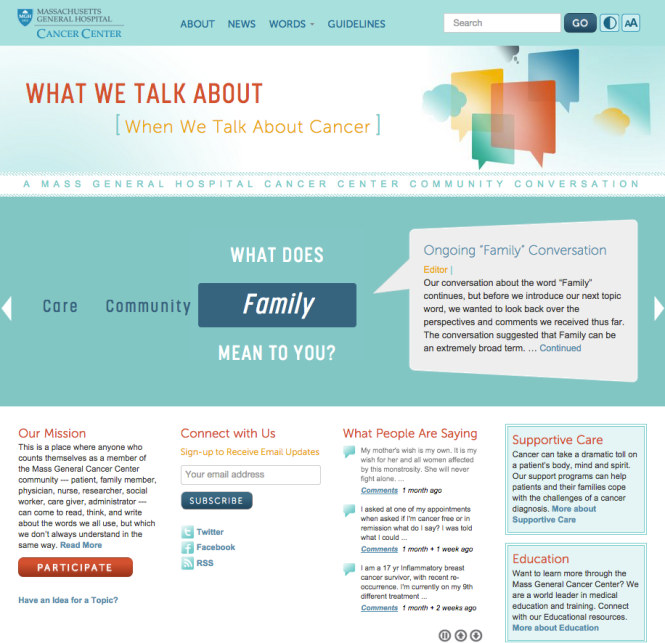